Trending Now
Why Open Relationship Won’t Work
Shattered
is it Right to Tell Your Friend if Their Partner is Cheating on Them?
My Nymphomaniac Husband
Getting Started in a Relationship
This Thing called Relationship
Survivors
Dating A married Man
A Taste Of Friendship II
UNHOLY CALLS
Home Stories Marriage – Dominance Or Equity
Stories 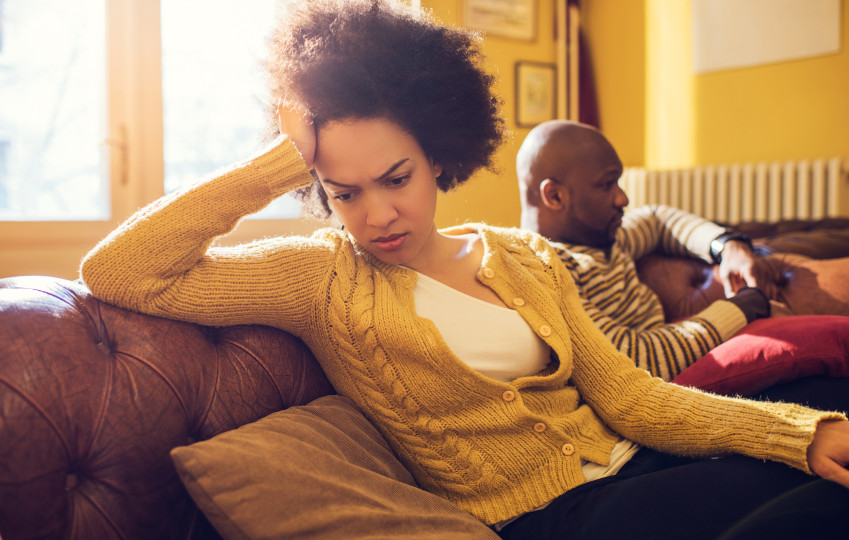 Marriage – Dominance or Equity
Whenever Marriage issues comes up, Oladele was always adamant on His advice. He keeps saying Marriage is a war and He never wishes to participate in it again. He bitterly expresses his ordeal and earnestly pleads to get this article published.

Oladele is a middle aged man of 40 years old who got married early in life because He was financially capable and didn’t see any reason not to. He had a good job that is enviable among his friends and melts any hard-boiled lady. handsome features to buttress Yoruba Heritage and a height good enough to match up in bed. He spent some time with us in the studio as He took us through His marital experience.

‘Marriage was not what I expected it to be. It has been over packaged to the extent that the truth has been hidden from unsuspecting young people. They tell you its a “Union of two people coming together to be Man and Wife”, as if that’s really true! They don’t disclose their various hidden agendas. They go about their manipulative ways and starts pulling the strings they know exists. The SAMSON and DELILAH’s case.

He paused, shook his head with a wry smile and continued.
“After we got married, all was going okay until when I noticed that anytime her mom is around, they end up spending hours in the room talking in low voices that drops to whispers whenever I approach or a deliberate change of subject with their voice audible enough for my neighbors to hear. This silently baffled me. What kind of hypocrisy is going on here? Then came her funny requests of many things that was bent towards her family wills, like opening a 10 million Naira investment for her brother when I still have siblings that I am paying for their school fees !! To changing her father’s car that is just 2 years old when mine has been under maintenance for 6 years. That is absurd! Listen, I am not saying it is wrong for me to start an investment for my Brother-in-Law neither am I saying I can’t change my Father-in-Law’s car but I am only basing my reasoning on priority. She should be MY advocate first. It is OUR WORLD we are just starting, not continuation of your family. Lets plan ourselves first. She doesn’t even know how business is going, unaware of the many arithmetic I do to make the home-front look perfect. It’s foolish and unheard of. She mounted this pressure so much that I had to give in. The result wasn’t good. My Brother-in-Law ruined everything. He squandered the capital and profit to the extent that My Mother-in-Law also came begging on his behalf. What could I do? Nothing. She is my wife! I gave her father part of the cash for a new car while I continued patching mine.

Then Oladele looked up and I could see the dim in his eyes, dark with deep memories and moist at the edges. he continued ‘Marriage is a game of dominance. No family wants to loose their reins and feel “slacked”. they continually squeeze every noose they have on their link’s head. Its a continual battle between both families to gain the upper hand not caring about the vessels in the picture. Its a game of gains with people ready to point out faults if you don’t play by their rules. They start comparing and contrasting with other family members. Family functions always starts with tension in the air and ends with silent disappointments you bottle up.

I was warned but didn’t listen, I thought I knew it all. So,Ii was ashamed to go to my mother to talk about all this. Every time she asked me how I was doing, I always replied with my sweetest smile. Until the day she (my ex-wife) blew it.

My mother was to travel to visit my elder brother in London, my brother already told me he was low on cash so I should pay for the necessary arrangements here to facilitate mom’s travel but he will reimburse me by the end of the month which I agreed to. I got home to tell my wife (which is a lesson I’ve learnt – It’s not everything you should tell your spouse), and she just exploded like an atomic bomb was detonated in her.

She said ‘Eheeeeen!!! So you will give your last cash to your brother and we will starve to death here abi! later you will be saying we should prioritize! prioritize ko! prioritize ni!’ and went on listing things she needs to get for HERSELF and her FAMILY!

I was taken aback and even tried to explain further ‘hunnie, we have enough to cover our basic expenses for this month, we will get the cash back by month end’. She replied, ‘If I were the one, you’ll be saying we should prioritize, that it is unreasonable oo!’ then I lost my cool and stormed out of the room. This is my family issue we are flogging around. My mother? A woman I owe my existence to, without her, she (my wife) would not have known me. Does she know that?. My mother is far beyond what I can debate over. She crossed the line. I ordered her to leave the house before I come back or else she wont find me nice.

After the whole saga, my mother was still the one that could make me calm, every member of her family irritated me by sight whenever they came for a peace-talk. But now we are happily divorced with no kids to tie us and I am living a happy single and fulfilled life.

My message to “aspiring husbands”… go for equity. Look before you leap in the name of love. Mother Cupid no send you that kain message oo! Don’t turn into a puppet for your in-laws. everyone wants to dominate not knowing that equity is the best.

STRIKE A BALANCE BETWEEN THE FAMILIES AND DON’T MAKE MARRIAGE YOUR BATTLEFIELD.
#familygoals #ilove my family

How to have happy friends

Is It Ok To Call For Divorce When You Suddenly Discover You No Longer Have Feelings For Your Partner?

A Taste Of Friendship II

[…] Info on that Topic: iyandasdiary.com/marriage-dominance-equity/ […]

[…] Find More on that Topic: iyandasdiary.com/marriage-dominance-equity/ […]

[…] Find More to that Topic: iyandasdiary.com/marriage-dominance-equity/ […]

is it Right to Tell Your Friend if...

Getting Started in a Relationship

Aug 30, 2020
We use cookies to ensure that we give you the best experience on our website. If you continue to use this site we will assume that you are happy with it.Ok