How Not To Treat A Woman—Bolaji’s Sad Story 2 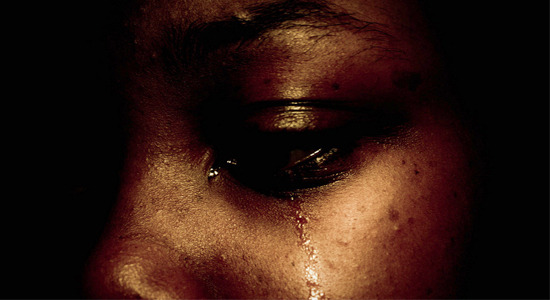 African women are the least respected when compared to those from other parts of the world. They rarely get the love, respect, and care they truly deserve. Over the years they have been able to keep the home together, help their men, and keep alive the African dream. However, all or most of all these have gone largely unrewarded; and to an extent taken for granted. Somehow along the line, they have been able to free themselves from the shackles around their legs through various liberation programs, education, and access to information.

Bolaji’s sad story paints the picture of what some African women go through in their homes. In this first part of her story, Bolaji tells us how she met her husband and how she has been turned into a slave in her home…

In order to support my husband in terms of increasing the income, I had to start teaching in a nearby private nursery and primary school where I was earning 12 thousand Naira every month. The job was like slavery because I was not only overworking myself in order to earn the meagre amount of salary; I was also ‘donating’ all my earnings to my husband who collects it as soon as my proprietor pays me. I was just too naïve or too submissive to argue or fight my husband because not a single image of my mum arguing or fighting with my dad ever cropped up in my memory—in other words, I wasn’t raised like that.

The other ugly side of Deji didn’t start rearing its ugly head until I summoned courage to question one of his decisions. I had questioned his decision to insist that I change the hospital where I had registered for my antenatal. His decision was too heavy for me to bear since his only reason was the amount charged at that time was too heavy and he felt that they might charge me heavier amount for delivery. I had argued that the clinic has a reputation for helping first-time mothers deliver safely and even do that at ridiculously low amount; but what I got in return was a heavy slap on the left side of my chic. I wept sore all through the night and for the first time in my marriage, I felt like running away from home.

After putting to birth, things got worse between Deji and I—I guess this has to do with the presence of my mum who had come to stay with us for a few months to help me recover from the stress and pain of childbearing. Deji stopped spending time at home and never hid the fact that he didn’t like me. Though my mum was surprised, the only sermon she kept preaching to me was that I should just endure as a true child of God.

Seven years after, I am still alive; not without scars and emotional pains all over me. I have been ruined psychologically and mentally—with no courage to stand up to a man who has turned me into a slave as well as an enemy.

Things turned for the worse last month after I went to a neighbour’s place to watch a television programme where they were talking about the all-round benefits of sexual intimacy in marriage. It was such an interesting topic and I felt that discussing it with my husband could help us improve on our love making.

After Deji got home that evening, I served him his food and reserved some water for him in the bathroom to take his bath and be refreshed. After eating and taking his bath, he came back to the room and I noticed that his mood was a bit lighter, so I thought that was the best moment to discuss sexual intimacy with him. I called him by his pet name and he was sort of surprised and smiled a little more. He asked if I had done something wrong because my attitude that evening was not different from someone trying to ask for a favour; according to his interpretation of my countenance. I told him I had done nothing wrong, but only want us to discuss what I saw on television that day, which I believe would help us move forward.

I notice his renewed interest and curiosity as he half-murmured the word “carry on.” Then I started telling him about the interesting documentary I watched on television in our neighbour’s house that day. Gradually the smile on his face faded and his mood changed; and eventually all hell broke loose…

Why Do Ladies Love Flashy Guys?

How Not To Treat A Woman—Bolaji’s Sad Story...

How Not To Treat A Woman—Bolaji’s Sad Story...

How To Help Yourself When You Sense That...

My Husband Ties Me And Beats Me Up...

[…] Find More to that Topic: iyandasdiary.com/how-not-to-treat-a-woman-bolajis-sad-story-2/ […]

[…] Find More on on that Topic: iyandasdiary.com/how-not-to-treat-a-woman-bolajis-sad-story-2/ […]

Greetings from California! I’m bored to tears at work so I decided to
browse your blog on my iphone during lunch break.
I enjoy the information you present here and can’t wait to
take a look when I get home. I’m surprised at how
fast your blog loaded on my phone .. I’m not even using WIFI, just
3G .. Anyways, amazing blog!

[…] Find More to that Topic: iyandasdiary.com/how-not-to-treat-a-woman-bolajis-sad-story-2/ […]

There is certainly a great deal to find out about this topic.
I really like all of the points you’ve made.

Hey there would you mind letting me know which web host
you’re using? I’ve loaded your blog in 3 different internet browsers and I must say this blog loads a lot quicker then most.
Can you recommend a good hosting provider at a reasonable
price? Cheers, I appreciate it!

What’s up, this weekend is fastidious for me, as this occasion i am reading this fantastic educational post here
at my home.

[…] Information on that Topic: iyandasdiary.com/how-not-to-treat-a-woman-bolajis-sad-story-2/ […]

[…] Information on that Topic: iyandasdiary.com/how-not-to-treat-a-woman-bolajis-sad-story-2/ […]

Every weekend i used to pay a visit this site, because i
wish for enjoyment, since this this web site conations genuinely nice funny stuff
too.

[…] Here you will find 44396 additional Info on that Topic: iyandasdiary.com/how-not-to-treat-a-woman-bolajis-sad-story-2/ […]

[…] Find More on to that Topic: iyandasdiary.com/how-not-to-treat-a-woman-bolajis-sad-story-2/ […]

is it Right to Tell Your Friend if...

Getting Started in a Relationship

Aug 30, 2020
We use cookies to ensure that we give you the best experience on our website. If you continue to use this site we will assume that you are happy with it.Ok